The last in the Alternative Information Center’s three-part series about normalization between Israelis and Palestinians, this article discusses the crucial differences between normalization and cooperation. 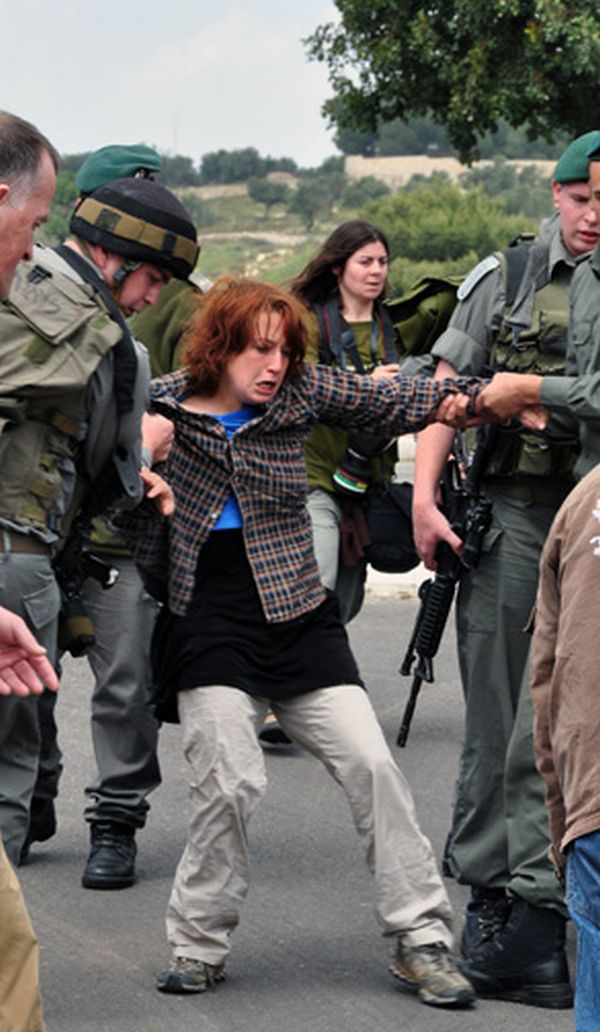 An Israeli activist being arrested during a protest at a West Bank checkpoint against Israeli-imposed restrictions on Palestinian freedom of movement (photo: flickr/ISM Palestine)

Rejection of normalization with the Israelis doesn’t rule out political cooperation, on the contrary. The Palestinian national movement and most of the popular Palestinian organizations have made very clear in numerable occasions that it is looking favorably for such cooperation, but with several conditions.

The relationship should be based on the leadership role of the Palestinian partners, and not on a fake symmetry between Palestinian and Israelis. The framework of political action is a Palestinian national struggle against Israeli colonialism, not a "joint struggle for peace". The Israeli anti-colonialist forces are asked to support that struggle, with their own specific means and approach, and not to try to impose a mid-of-the-way program that could cope with the colonialist perceptions of the Israeli public opinion, including parts of the "peace movement";

b) Supporting the core of the Palestinian national program

full individual and collective national rights for the Palestinian minority in Israel;

the right of return of the refugees.

These three sets of demands are interrelated and should be supported as a whole. This is specially relevant concerning the right of return, that has been a recurrent problem for the Zionist left;

The test of cooperation is in action, not in joint dialogue sessions and closed meetings: joint action against colonial occupation and national oppression, in the occupied Palestinian territories as well as in Israel proper.

The Palestinian national movement has set as a strategic priority, the international campaign for Boycott, Divestment and Sanctions (BDS). In many senses, it is the test of true Israeli-Palestinian cooperation. Every Israeli group, movement or individual claiming to defend a strategy of joint Israeli-Palestinian struggle, should join the Palestinian call for an international BDS campaign, and only by doing so, can contribute to a solid alliance that will make possible a joint future based on rights, justice and true equality between the peoples of this Land.