| English
| français
Home
John Pilger
You are all suspects now. What are you going to do about it?
Visits : 232 -
Popularity :
8% 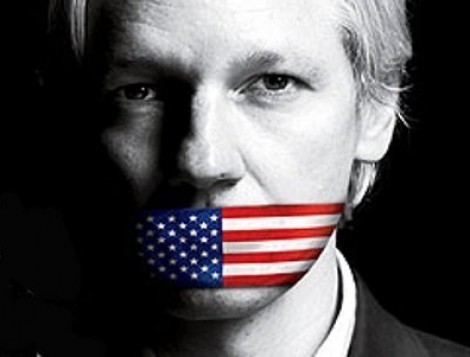 You are all potential terrorists. It matters not that you live in Britain, the United States, Australia or the Middle East. Citizenship is effectively abolished. Turn on your computer and the US Department of Homeland Security’s National Operations Center may monitor whether you are typing not merely "al-Qaeda", but "exercise", "drill", "wave", "initiative" and "organisation": all proscribed words. The British government’s announcement that it intends to spy on every email and phone call is old hat. The satellite vacuum cleaner known as Echelon has been doing this for years. What has changed is that a state of permanent war has been launched by the United States and a police state is consuming western democracy.

In Britain, on instructions from the CIA, secret courts are to deal with "terror suspects". Habeas Corpus is dying. The European Court of Human Rights has ruled that five men, including three British citizens, can be extradited to the US even though none except one has been charged with a crime. All have been imprisoned for years under the 2003 US/UK Extradition Treaty which was signed one month after the criminal invasion of Iraq. The European Court had condemned the treaty as likely to lead to "cruel and unusual punishment". One of the men, Babar Ahmad, was awarded 63,000 pounds compensation for 73 recorded injuries he sustained in the custody of the Metropolitan Police. Sexual abuse, the signature of fascism, was high on the list. Another man is a schizophrenic who has suffered a complete mental collapse and is in Broadmoor secure hospital; another is a suicide risk. To the Land of the Free, they go - along with young Richard O’Dwyer, who faces 10 years in shackles and an orange jump suit because he allegedly infringed US copyright on the internet.

As the law is politicised and Americanised, these travesties are not untypical. In upholding the conviction of a London university student, Mohammed Gul, for disseminating "terrorism" on the internet, Appeal Court judges in London ruled that "acts... against the armed forces of a state anywhere in the world which sought to influence a government and were made for political purposes" were now crimes. Call to the dock Thomas Paine, Aung San Suu Kyi, Nelson Mandela.

The prognosis is clear now: the malignancy that Norman Mailer called "pre fascist" has metastasized. The US attorney-general, Eric Holder, defends the "right" of his government to assassinate American citizens. Israel, the protege, is allowed to aim its nukes at nukeless Iran. In this looking glass world, the lying is panoramic. The massacre of 17 Afghan civilians on 11 March, including at least nine children and four women, is attributed to a "rogue" American soldier. The "authenticity" of this is vouched by President Obama himself, who had "seen a video" and regards it as "conclusive proof". An independent Afghan parliamentary investigation produces eyewitnesses who give detailed evidence of as many as 20 soldiers, aided by a helicopter, ravaging their villages, killing and raping: a standard, if marginally more murderous US special forces "night raid".

Take away the videogame technology of killing - America’s contribution to modernity - and the behaviour is traditional. Immersed in comic-book righteousness, poorly or brutally trained, frequently racist, obese and led by a corrupt officer class, American forces transfer the homicide of home to faraway places whose impoverished struggles they cannot comprehend. A nation founded on the genocide of the native population never quite kicks the habit. Vietnam was "Indian country" and its "slits" and "gooks" were to be "blown away".

The blowing away of hundreds of mostly women and children in the Vietnamese village of My Lai in 1968 was also a "rogue" incident and, profanely, an "American tragedy" (the cover headline of Newsweek). Only one of 26 men prosecuted was convicted and he was let go by President Richard Nixon. My Lai is in Quang Ngai province where, as I learned as a reporter, an estimated 50,000 people were killed by American troops, mostly in what they called "free fire zones". This was the model of modern warfare: industrial murder.

Like Iraq and Libya, Afghanistan is a theme park for the beneficiaries of America’s new permanent war: Nato, the armaments and hi-tech companies, the media and a "security" industry whose lucrative contamination is a contagion on everyday life. The conquest or "pacification" of territory is unimportant. What matters is the pacification of you, the cultivation of your indifference.

The descent into totalitarianism has landmarks. Any day now, the Supreme Court in London will decide whether the WikiLeaks editor, Julian Assange, is to be extradited to Sweden. Should this final appeal fail, the facilitator of truth-telling on an epic scale, who is charged with no crime, faces solitary confinement and interrogation on ludicrous sex allegations. Thanks to a secret deal between the US and Sweden, he can be "rendered" to the American gulag at any time. In his own country, Australia, prime minister Julia Gillard has conspired with those in Washington she calls her "true mates" to ensure her innocent fellow citizen is fitted for his orange jump suit just in case he should make it home. In February, her government wrote a "WikiLeaks Amendment" to the extradition treaty between Australia and the US that makes it easier for her "mates" to get their hands on him. She has even given them the power of approval over Freedom of Information searches - so that the world outside can be lied to, as is customary.