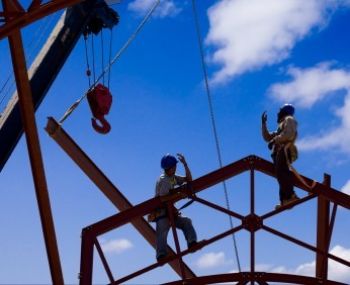 And once again the darkness is so deep, no light can drive it back. And the abyss is so dark, so mute and echoing, it swallows her up and wraps her in eternal silence. This is Salima, 62 years old, from Um al-Fahm. That night, five years ago, when cars converged on her humble home and the grandchildren alighted, she knew that Ahmed, one of her eight children, was no more. Five days of intensive care had stopped time in its tracks. Hope had not survived.

I am strong, Salima says, my morale is high, I take part in all the celebrations around here, of my seven other children, of the grandchildren, of neighbors and acquaintances, but inside I am dead. No other child can compensate a mother for the loss of a child. Not even seven. The tears struggle to flow, but are once again held back, into the internal darkness. What more can be said? It’s Allah’s will.

From the door, a picture invites one to enter. A large picture of Ahmed, besuited and smiling, perhaps on his wedding day, and beneath the photo two dates separated by a hyphen. The beginning, and the end, which came at the age of 35. The walls of the somber house present numerous other photos of Ahmed: pictures from his youth, a faded reddish-brown; pictures of his bride on the day of their wedding anniversary with their first son. There is no space on the walls for the seven siblings. It’s as if they have become irrelevant in this house.

The remaining four sons work in construction too. They didn’t finish school, and they’re Arabs, so what else is there for them to do? Six months ago, a blade from the circular saw used by her third son Wa’il flew into his face, cutting up his cheek and jaw, smashing his teeth and partially impairing his ability to speak. Even now Wa’il often tears the night apart with his cries as he sees the blade rushing towards him. By some miracle he survived, by some miracle his picture is not beside that of his brother, dressed in a fine suit with the two dates below separated by a hyphen in the darkened home of Salima.

But there is no anger in her heart, Salima says. Doubt rises in her, marking her face and her shaking hands, when she hears the claim that he might still be alive had they supplied him with the correct safety equipment. Nobody killed my son, she says irritably. My son was a good man, who worked to support his family. Nobody intended to kill him. That’s true, Salima - Ahmed died because he simply wanted to live.

She doesn’t know, and nobody wants to discover, how he stumbled and fell to his death from the second floor. The contractor, it turned out, was a member of the same large family. He provides a livelihood to many other families, “doing favors” and taking sons to work in construction, and nobody will say ill of him. The contractor was the first to visit the bereaved, and took care of the expenses. All this in order to ensure that no complaint be filed against him that could put him behind bars for three years if he be found guilty of manslaughter by negligence.

So it’s good, really, that we have Allah to take the blame, and help us come to terms with the loss. But why does Allah insist on killing specifically construction workers in work accidents? When they say it’s Allah’s will, they mean it’s just chance, but chance cannot explain the blood-soaked statistics: 30 dead and more than 6,000 injured every year.

And indeed, the criminals are out there somewhere. Nobody threatens to sue them, nobody seeks to avenge the blood of the victims. These criminals are the employers: the subcontractors who save on expenses by neglecting safety procedures and gear, by avoiding pension contributions, and sometimes by failing to pay wages, thus enabling them to win tenders issued by the major firms. These large companies are also criminal, not wanting to know who these workers are, passing responsibility for their lives and work conditions on to the subcontractors, thus maximizing profits. These are the same companies which, after saving on expenses and killing, sell apartments at inflated prices, leaving an entire nation “demanding social justice” yet unable to buy. Thus construction workers die in order to house the wealthy.

When employment is via subcontractors who cut safety corners to cut down expenses, the chances of being killed on the job are high. And if you are a construction worker, the chances of being killed at work are 50% higher than those of other workers whose work is potentially dangerous. A construction site is a hostile environment; for this reason, government and Histadrut inspectors used to oversee the sites. But since then, organized labor has been destroyed, the Histadrut has been weakened, and inspectors who retired were not replaced. Thus we have been left with 15 inspectors for the construction industry in Israel, which employs over 200,000 workers.

Life is cheap when you’re talking about an Arab worker or a migrant laborer. It’s even cheaper when you’re talking about the working class. They don’t even earn the respect of their own society. They aren’t lawyers, doctors or accountants, they don’t have tertiary education and didn’t “work hard” to “make it” in life. They’re losers, and there are plenty of people like them. If 30 are killed each year, it’s not too awful. The death, god forbid, of 30 doctors during their work - or even just one - would cause an uproar. They would declare a national day of mourning, and Al-Jazeera would report on it. Construction workers, however, have to make do with a line or two in scrolling news updates on the internet, which don’t even tell us who they were, what their names were, how they lived their lives, who they loved and who loved them, or - most significantly - who is responsible for their death.

If we are to demand social justice, then it must be for the construction workers. If we’re talking welfare, then make it safety at work. All the rest can be demanded in court, but our lives are given to us only once.