Iraq: Let us not forget what "humanitarian intervention" looks like. 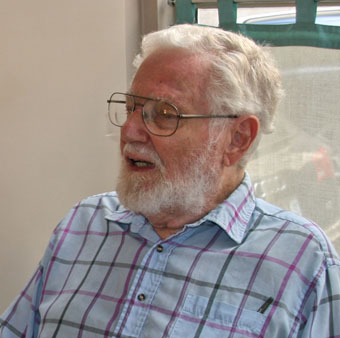 Libya: Let us not be confused as to why Libya alone has been singled out for "humanitarian intervention".

On April 9, Condoleezza Rice delivered a talk in San Francisco. Or tried to. The former Secretary of State was interrupted repeatedly by cries from the audience of "war criminal" and "torturer". (For which we can thank our comrades in Code Pink and World Can’t Wait.) As one of the protesters was being taken away by security guards, Rice made the kind of statement that has now become standard for high American officials under such circumstances: "Aren’t you glad this lady lives in a democracy where she can express her opinion?" She also threw in another line that’s become de rigueur since the US overthrew Saddam Hussein, an argument that’s used when all other arguments fail: "The children of Iraq are actually not living under Saddam Hussein, thank God."

My response to such a line is this: If you went into surgery to correct a knee problem and the surgeon mistakenly amputated your entire leg, what would you think if someone then remarked to you how nice it was that "you actually no longer have a knee problem, thank God." ... The people of Iraq no longer have a Saddam problem.

Unfortunately, they’ve lost just about everything else as well. Twenty years of American bombing, invasion, occupation and torture have led to the people of that unhappy land losing their homes, their schools, their electricity, their clean water, their environment, their neighborhoods, their archaeology, their jobs, their careers, their professionals, their state-run enterprises, their physical health, their mental health, their health care, their welfare state, their women’s rights, their religious tolerance, their safety, their security, their children, their parents, their past, their present, their future, their lives ... more than half the population either dead, disabled, in prison, or in foreign exile ... the air, soil, water, blood and genes drenched with depleted uranium ... the most awful birth defects ... unexploded cluster bombs lie in wait for children ... a river of blood runs alongside the Euphrates and Tigris ... through a country that may never be put back together again.

In 2006, the UN special investigator on torture declared that reports from Iraq indicated that torture "is totally out of hand. The situation is so bad many people say it is worse than it has been in the times of Saddam Hussein." Another UN report of the same time disclosed a rise in "honor killings" of women.

"It is a common refrain among war-weary Iraqis that things were better before the U.S.-led invasion in 2003," reported the Washington Post on May 5, 2007.

"I am not a political person, but I know that under Saddam Hussein, we had electricity, clean drinking water, a healthcare system that was the envy of the Arab world and free education through college," Iraqi pharmacist Dr. Entisar Al-Arabi told American peace activist Medea Benjamin in 2010. "I have five children and every time I had a baby, I was entitled to a year of paid maternity leave. I owned a pharmacy and I could close up shop as late as I chose because the streets were safe. Today there is no security and Iraqis have terrible shortages of everything — electricity, food, water, medicines, even gasoline. Most of the educated people have fled the country, and those who remain look back longingly to the days of Saddam Hussein."

And this from two months ago:

"Protesters, human rights workers and security officials say the government of Prime Minister Nouri al-Maliki has responded to Iraq’s demonstrations in much the same way as many of its more authoritarian neighbors: with force. Witnesses in Baghdad and as far north as Kirkuk described watching last week as security forces in black uniforms, tracksuits and T-shirts roared up in trucks and Humvees, attacked protesters, rounded up others from cafes and homes and hauled them off, blindfolded, to army detention centers. Entire neighborhoods ... were blockaded to prevent residents from joining the demonstrations. Journalists were beaten."

Similarly Tunisia, Egypt, Bahrain, Yemen, Syria ... all have been bursting with protest and vicious government crackdown in recent months, even to a degree in Saudi Arabia, one of the most repressive societies in the world. Not one of these governments has been assaulted by the United States, the UK, or France as Libya has been assaulted; not one of these countries’ opposition is receiving military, financial, legal and moral support from the Western powers as the Libyan rebels are — despite the Libyan rebels’ brutal behavior, racist murders, and the clear jihadist ties of some of them. 5 The Libyan rebels are reminiscent of the Kosovo rebels — mafiosos famous for their trafficking in body parts and women, also unquestioningly supported by the Western powers against an Officially Designated Enemy, Serbia.

So why is only Libya the target for US/NATO missiles? Is there some principled or moral reason? Are the Libyans the worst abusers of their people in the region? In actuality, Libya offers its citizens a higher standard of living. (The 2010 UN Human Development Index, a composite measure of health, education and income ranked Libya first in Africa.) None of the other countries has a more secular government than Libya. (In contrast some of the Libyan rebels are in the habit of chanting that phrase we all know only too well: "Allahu Akbar".) None of the others has a human-rights record better than that of Libya, however imperfect that may be — in Egypt a government fact-finding mission has announced that during the recent uprising at least 846 protesters were killed as police forces shot them in the head and chest with live ammunition. 6 Similar horror stories have been reported in Syria, Yemen and other countries of the region during this period.

It should be noted that the ultra-conservative Fox News reported on February 28: "As the United Nations works feverishly to condemn Libyan leader Muammar al-Gaddafi for cracking down on protesters, the body’s Human Rights Council is poised to adopt a report chock-full of praise for Libya’s human rights record. The review commends Libya for improving educational opportunities, for making human rights a "priority" and for bettering its "constitutional" framework. Several countries, including Iran, Venezuela, North Korea, and Saudi Arabia but also Canada, give Libya positive marks for the legal protections afforded to its citizens — who are now revolting against the regime and facing bloody reprisal."

Of all the accusations made against Gaddafi perhaps the most meaningless is the oft-repeated "He’s killing his own people." It’s true, but that’s what happens in civil wars. Abraham Lincoln also killed his own people.

Muammar Gaddafi has been an Officially Designated Enemy of the US longer than any living world leader except Fidel Castro. The animosity began in 1970, one year after Gaddafi took power in a coup, when he closed down a US air force base. He then embarked on a career of supporting what he regarded as revolutionary groups. During the 1970s and ’80s, Gaddafi was accused of using his large oil revenues to support — with funds, arms, training, havens, diplomacy, etc — a wide array of radical/insurgent/terrorist organizations, particularly certain Palestinian factions and Muslim dissident and minority movements in the Middle East, Africa, and Asia; the IRA and Basque and Corsican separatists in Europe; several groups engaged in struggle against the apartheid regime in South Africa; various opposition groups and politicians in Latin America; the Japanese Red Army, the Italian Red Brigades, and Germany’s Baader-Meinhof gang.

It was claimed as well that Libya was behind, or at least somehow linked to, an attempt to blow up the US Embassy in Cairo, various plane hijackings, a bomb explosion on an American airliner over Greece, the blowing up of a French airliner over Africa, blowing up a synagogue in Istanbul, and blowing up a disco in Berlin which killed some American soldiers.

In 1990, when the United States needed a country to (falsely) blame for the bombing of PanAm flight 103 over Lockerbie, Scotland, Libya was the easy choice.

Gaddafi’s principal crime in the eyes of US President Ronald Reagan (1981-89) was not that he supported terrorist groups, but that he supported the wrong terrorist groups; i.e., Gaddafi was not supporting the same terrorists that Washington was, such as the Nicaraguan Contras, UNITA in Angola, Cuban exiles in Miami, the governments of El Salvador and Guatemala, and the US military in Grenada. The one band of terrorists the two men supported in common was the Moujahedeen in Afghanistan.

And if all this wasn’t enough to make Gaddafi Public Enemy Number One in Washington (Reagan referred to him as the "mad dog of the Middle East"), Gaddafi has been a frequent critic of US foreign policy, a serious anti-Zionist, pan-Africanist, and pan-Arabist (until the hypocrisy and conservatism of Arab governments proved a barrier). He also calls his government socialist. How much tolerance and patience can The Empire be expected to have? When widespread protests broke out in Tunisia and Egypt, could Washington have resisted instigating the same in the country sandwiched between those two? The CIA has been very busy supplying the rebels with arms, bombing support, money, and personnel.

It may well happen that the Western allies will succeed in forcing Gaddafi out of power. Then the world will look on innocently as the new Libyan government gives Washington what it has long sought: a host-country site for Africom, the US Africa Command, one of six regional commands the Pentagon has divided the world into. Many African countries approached to be the host have declined, at times in relatively strong terms. Africom at present is headquartered in Stuttgart, Germany. According to a State Department official: "We’ve got a big image problem down there. ... Public opinion is really against getting into bed with the US. They just don’t trust the US." Another thing scarcely any African country would tolerate is an American military base. There’s only one such base in Africa, in Djibouti. Watch for one in Libya sometime after the dust has settled. It’ll be situated close to the American oil wells. Or perhaps the people of Libya will be given a choice — an American base or a NATO base.

And remember — in the context of recent history concerning Iraq, North Korea, and Iran — if Libya had nuclear weapons the United States would not be attacking it.

Or the United States could realize that Gaddafi is no radical threat simply because of his love for Condoleezza Rice. Here is the Libyan leader in a March 27, 2007 interview on al-Jazeera TV: "Leezza, Leezza, Leezza ... I love her very much. I admire her, and I’m proud of her, because she’s a black woman of African origin."

Over the years, the American government and media have fed us all a constant diet of scandalous Gaddafi stories: He took various drugs, was an extreme womanizer, was bisexual, dressed in women’s clothing, wore makeup, carried a teddy bear, had epileptic fits, and much more; some part of it may have been true. And now we have the US Ambassador to the United Nations, Susan Rice, telling us that Gaddafi’s forces are increasingly engaging in sexual violence and that they have been issued the impotency drug Viagra, presumably to enhance their ability to rape. Remarkable. Who would have believed that the Libyan Army had so many men in their 60s and 70s?

As I write this, US/NATO missiles have slammed into a Libyan home killing a son and three young grandchildren of Gaddafi, this after repeated rejections of Gaddafi’s call for negotiations — another heartwarming milestone in the glorious history of humanitarian intervention, as well as a reminder of the US bombing of Libya in 1986 which killed a young daughter of Gaddafi.

May 2, 2011 by William Blum  www.killinghope.org